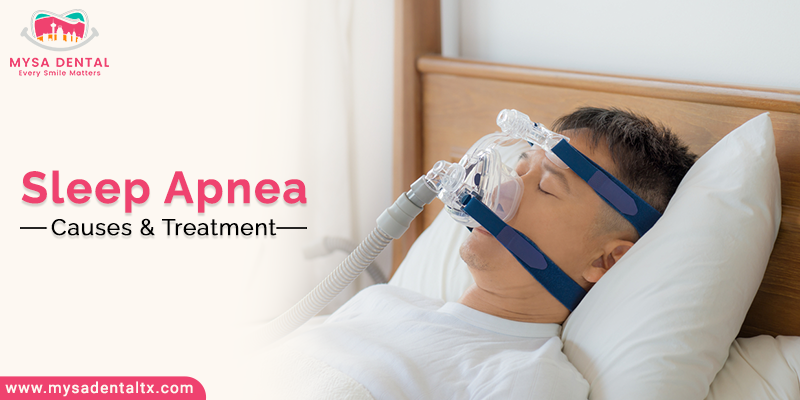 Sleep apnea is a disorder in which breathing stops for 10 seconds or more and starts quite repeatedly. This is a serious disorder that results in less oxygen in the blood causing discomfort and sleep obstruction.

Obstructive sleep apnea also referred to as OSA is caused when there is an issue with the mechanics of your breathing. There are numerous other causes and risk factors of OSA which are explained below.

A dentist in San Antonio, TX says that obesity is one of the common causes of obstructive sleep apnea. Do you know that the majority of people suffering from sleep apnea have excess weight or obesity problems?  A BMI between 25 and 29.9 indicates excess weight, while a BMI of 30 or above is a sign of obesity.

It is quite strange but true! Medical experts have not been able to find out the root cause of central sleep apnea which is also referred to as CSA. In childhood, the reason for central sleep apnea is not clear which is called idiopathic by medical experts; however few reasons that could obstruct the brain signals to enable the normal breathing process which are as under:

In adults, certain heart conditions, stroke or kidney failure might lead to CSA.

If you are suffering from OSA or CSA, you are advised to get in touch with an expert for sleep apnea treatment in San Antonio as soon as possible.

For more information related to sleep apnea treatment, feel free to connect with us.

4 Reasons Why Oral Health is Important for Children

The Ever-Growing Significance of Pediatric Dentistry

Get the Smile You've Always Wanted!
We strive to provide the highest quality dental treatment at reasonable fees
Request an Appointment